The Benefits of Online Education from a Parent’s Perspective

For the majority of parents, the year 2020 transformed into a crash course in online education. Suddenly, moms, dads, and grandparents found themselves in the positions of teachers. While some caregivers threw up their hands and hoped for a quick re-opening of schools, another group recognized the value of online education.

The Importance of Online Education in Today’s World

College-bound adults have known for years the value of online learning. It allowed busy professionals to complete degree programs that would give them a chance at improving their positions or salaries. Now, it is clear that youngsters do not have to wait until they are adults to take advantage of this learning model.

Many young learners developed new skills over the last year that they might not have been able to hone otherwise:

The Benefits of Online Education for Parents

That said, young learners were not the only ones that benefited in many ways from learning online. Parents, too, found that having their children learn asynchronously brought with it several benefits.

Flexibility for a Better School-Work Balance

The absence of carpools, pickups, and drop-offs gave parents more time. It put a stop to rushed mornings. While some classes provided synchronous teaching, participating did not mean that children had to dress up and get ready for school. Instead, they could learn while sitting at the breakfast table. For working parents, this was a significant improvement and helped balance school and work more efficiently.

Another one of the positive effects of online education is getting the family on the same page. While caregivers worked from home, students could focus on schoolwork. In addition, it presented many children with an opportunity to become actively involved in their time management. What was previously ruled by the school bell was now open for negotiation.

Parents noticed that many asynchronous learners developed new, positive habits. Examples included new hobbies, an increased interest in fitness, and the willingness to explore new things. In addition, since a rigid standard no longer governed schedules, kids managed their time so that natural curiosity and exploration would be built in.

Because there was an opportunity to balance the demands of school and work, it became possible for many parents also to balance school and life. The availability of virtual PTA meetings allowed more parents to attend on lunch breaks. Also, since many of the time-consuming school attendance issues were no longer there, it provided more time for parents and kids to spend together.

There were the after-breakfast bike rides that were never possible. Online learning and remote working gave parents a chance to time their breaks to take a quick dip in the backyard pool with the kids, exercise the dogs together, or have an ice cream bar on the balcony. Suddenly, parents no longer had to stress carving out time for the kids; it flowed naturally.

Affordability is one of the Greatest Advantages of Online Education

Some parents were concerned that the absence of hands-on instruction would be among the disadvantages of online education. However, they quickly realized that peers seemingly naturally collaborated to help each other learn new concepts or prepare for a test. Sure, for the youngest learners, there was a lot of laughter and show-and-tell as well.

Nevertheless, it did not take away from the effectiveness of online education. This goes hand-in-hand with affordability. Online platforms already exist. Many schools used them in a limited capacity or the classroom. The pandemic showed parents and administrators how easy it was to switch from a location-centric model to an at-home setting – without any additional costs.

Online access to courses also encouraged many teenaged students to check out community college classes through auditing. Again, there was no charge, and it typically told a teen quickly whether the topic they always dreamed of studying was still what they wanted to do when they had homework. Looking forward, it is a significant saving for parents who intend to fund their children’s college education.

Granted, it took some false starts. First, there were the expectations to make school at homework precisely as it did at the campus, which was not realistic. Next, some parents felt pressure to step into the role of teacher. However, after a little while, families found that creativity took the place of old routines.

This was of particular advantage for learners who did not thrive in traditional classroom settings. Examples include gifted children, those being bullied, and youngsters who had earlier learning gaps. Parents now had the chance to speed up or slow down the pace, cater to a child’s learning style, and eliminate negative outside influences.

More on this topic 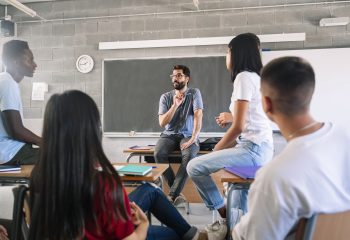 How to Build Positive Student-Teacher Interactions 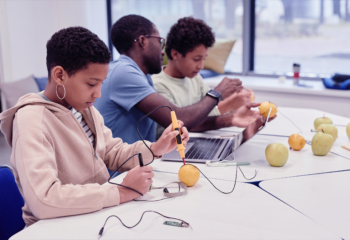 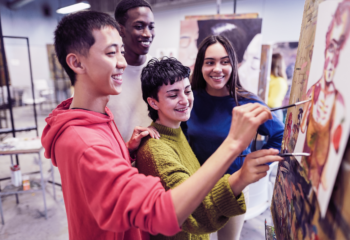 Get our weekly newsletter! 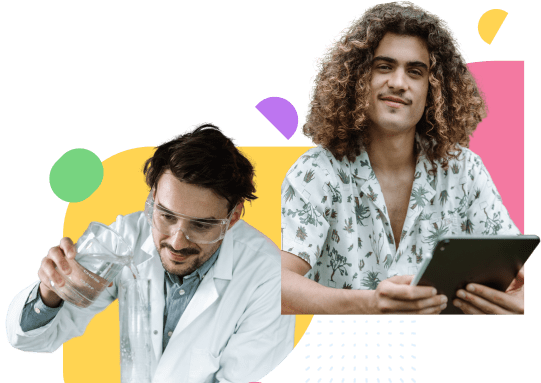 This website stores cookies on your device. These cookies are used to collect information about how you interact with our website and allow us to remember you. We use this information in order to improve and customize your browsing experience and for analytics and metrics about our visitors both on this website and other media. To find out more about the cookies we use, see our Privacy Policy. If you decline, your information will not be tracked when you visit this website. A single cookie will be used in your browser to remember your preference not to be tracked. Settings.

Cookies are small files that can be used by websites to make a user's experience more efficient.

We collect information about your usage and activity on the Site using certain technologies, such as cookies, web beacons, and other technologies. We and our third-party service providers, and/or partners may also place web beacons for measuring sales and marketing campaigns.

The use of these technologies by such third parties is subject to their own privacy policies and is not covered by this Policy, except as required by law.

The law states that we can store cookies on your device if they are strictly necessary for the operation of this site. For all other types of cookies we need your permission. Your consent applies to the Sites.

EU law allows us to assume “implied consent”—by continuing to use this website we are assuming you agree to our usage of cookies.

Strictly Necessary Cookie should be enabled at all times so that we can save your preferences for cookie settings.

If you disable this cookie, we will not be able to save your preferences. This means that every time you visit this website you will need to enable or disable cookies again.